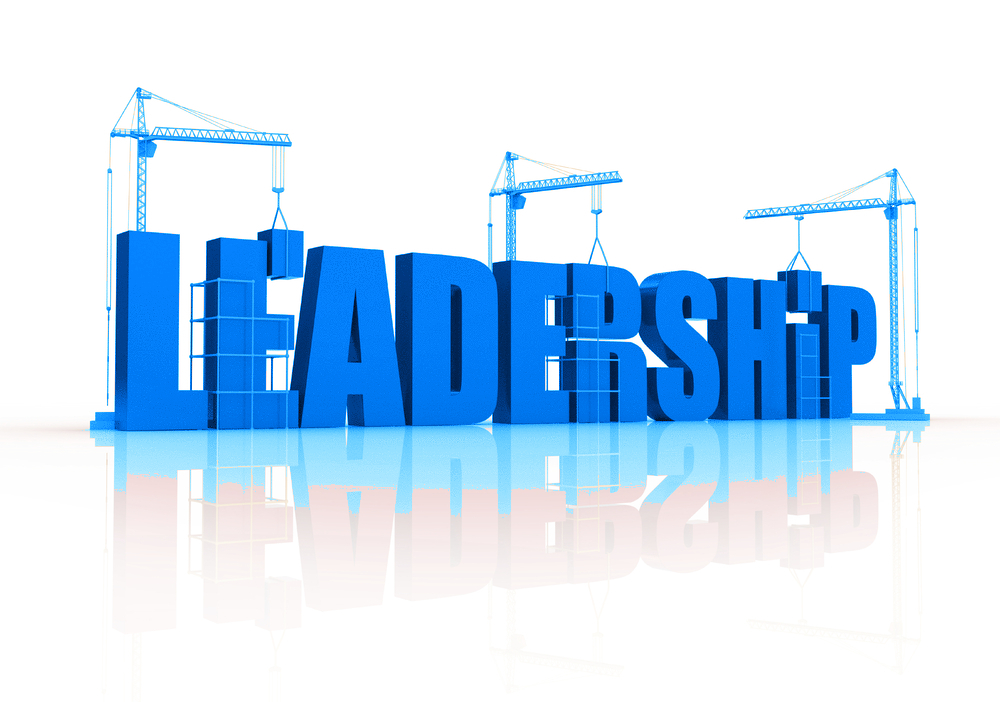 Leaders Who Dream More and Do More 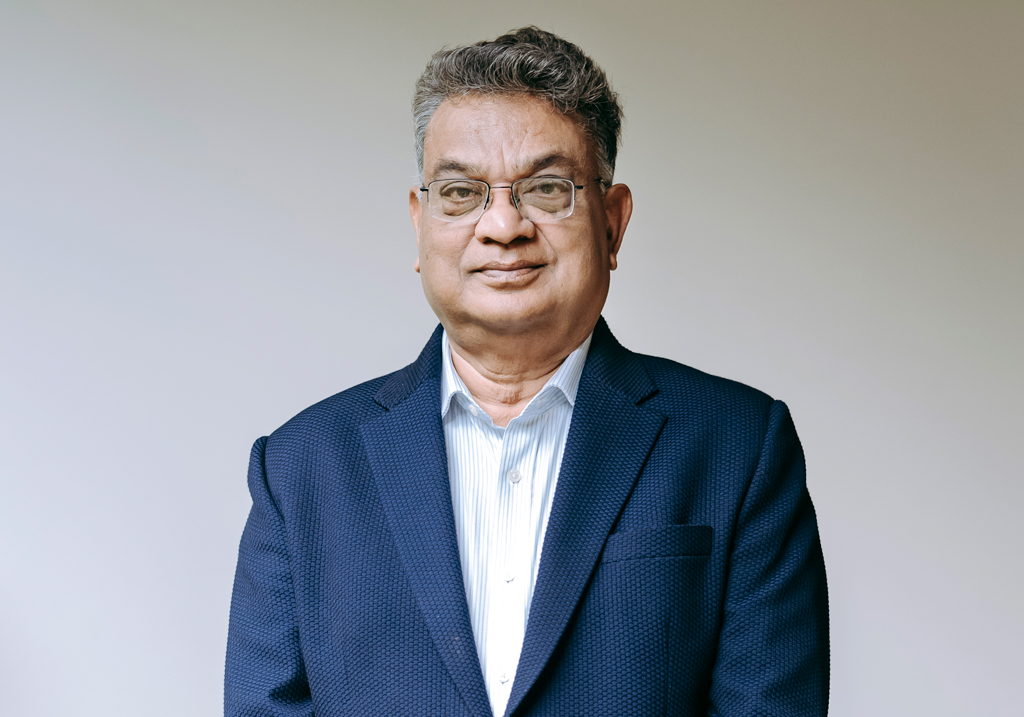 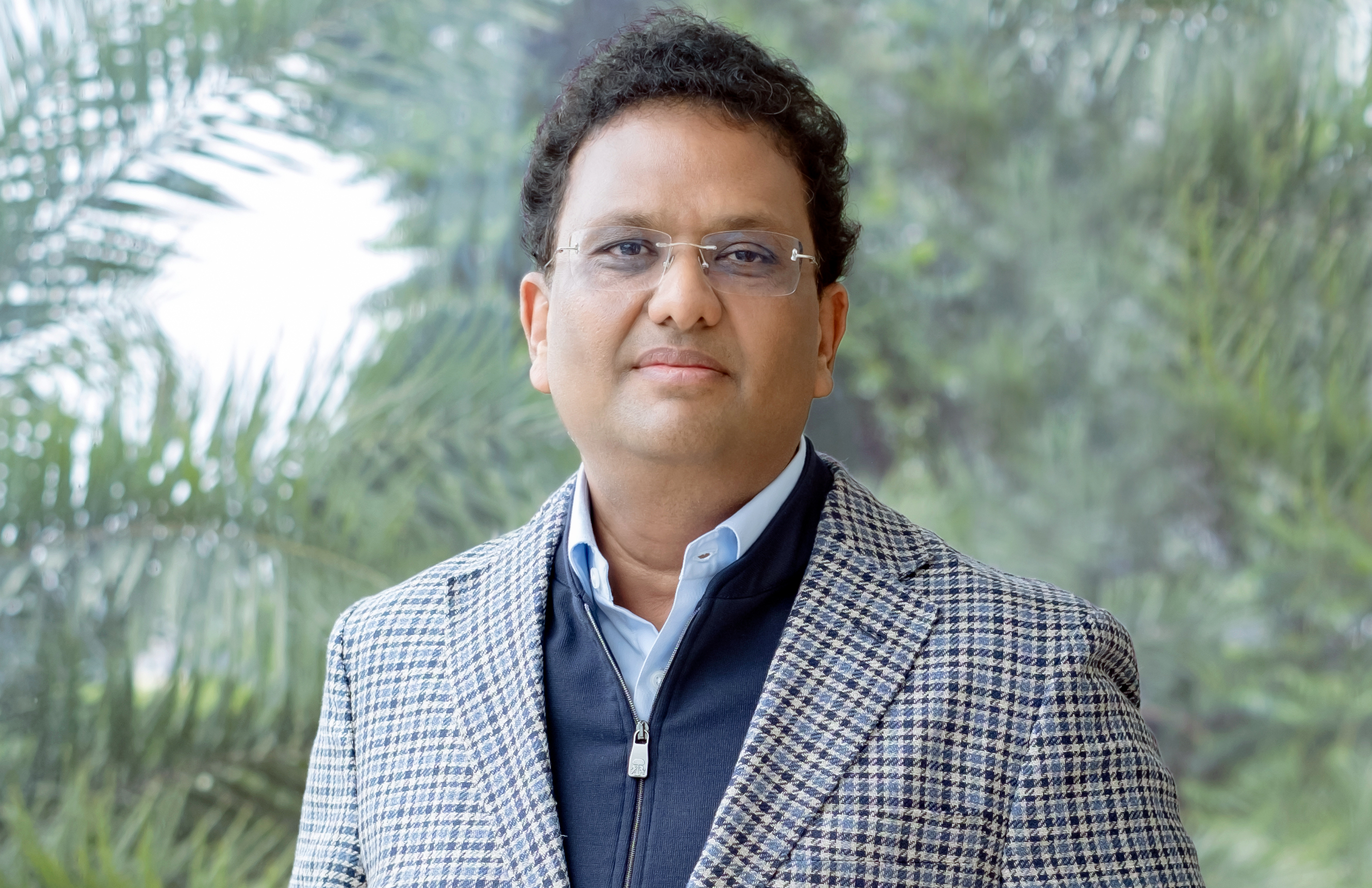 Mr. Dilip Suryavanshi is Chairman & Managing Director at Dilip Buildcon Ltd. He has over 36 years of experience in the business of construction. He has been a Director of the Company since incorporation. Prior to the formation of the Company, he was a sole proprietor of Dilip Builders. He was also the President of the Madhya Pradesh Builders Association. Under his leadership, Company has achieved various millstones with focus on continuous innovation and relentless pursuit of growth and excellence, the company has set its sight on becoming the largest road-focused EPC player in the country and started pursuing bigger projects across the country. He holds a bachelor’s and postgraduate degree in Civil Engineering from the University of Jabalpur; is a first-generation industrialist.

Mr. Devendra Jain is Executive Director & Chief Executive Officer of the Company. He joined Dilip Builders in 1995 as a fresh engineering graduate. His dedication and passion towards infrastructure saw him rise through the ranks, along with helping the company scale new heights. His capability of project monitoring and controls with remarkable execution has set new benchmarks in the industry. Adoption of newer technology and innovative thinking has helped to complete projects before time and with high quality of work. He holds a bachelor’s degree in Civil Engineering from Vikram University, Ujjain and has over 21 years of experience in the field of construction. 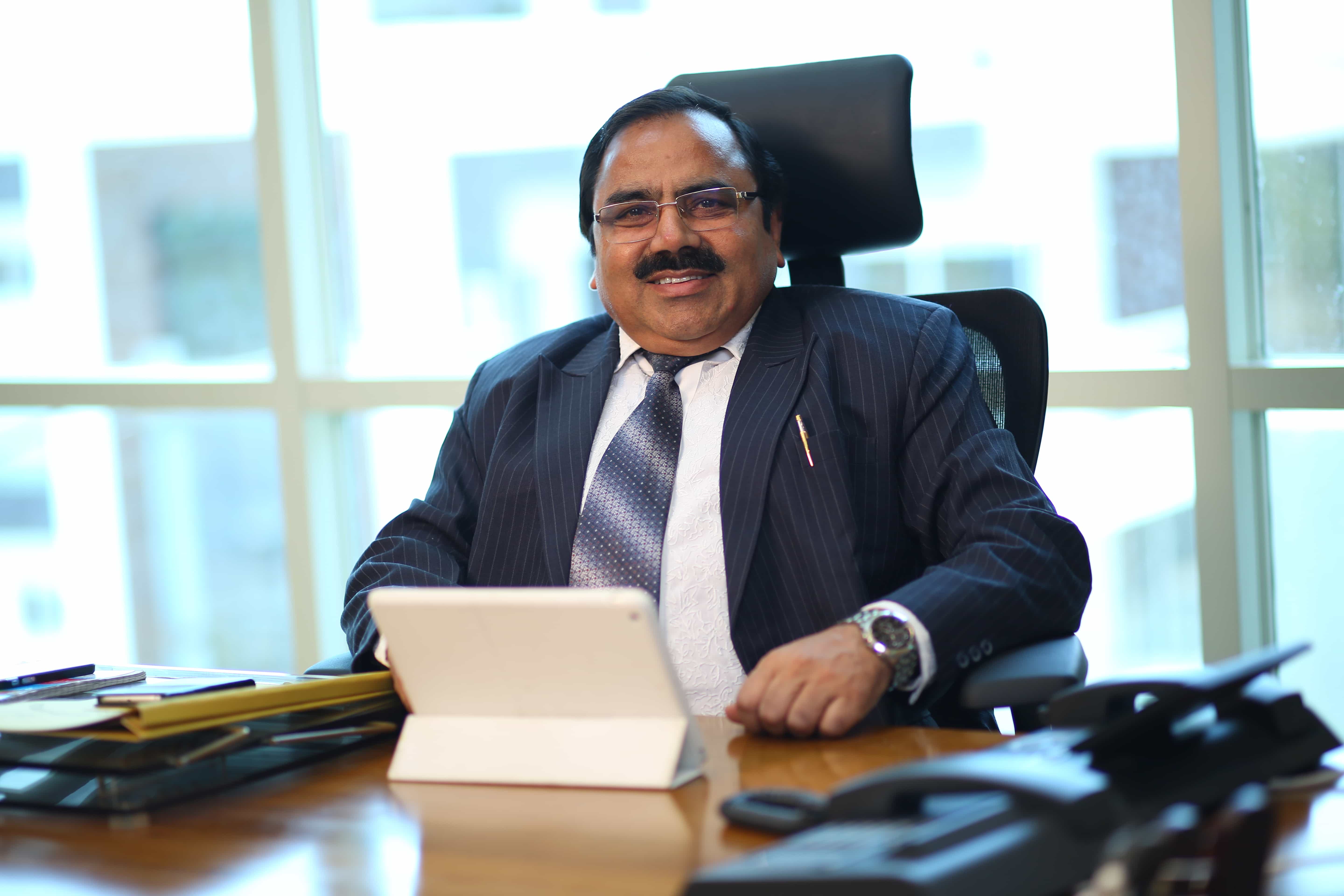 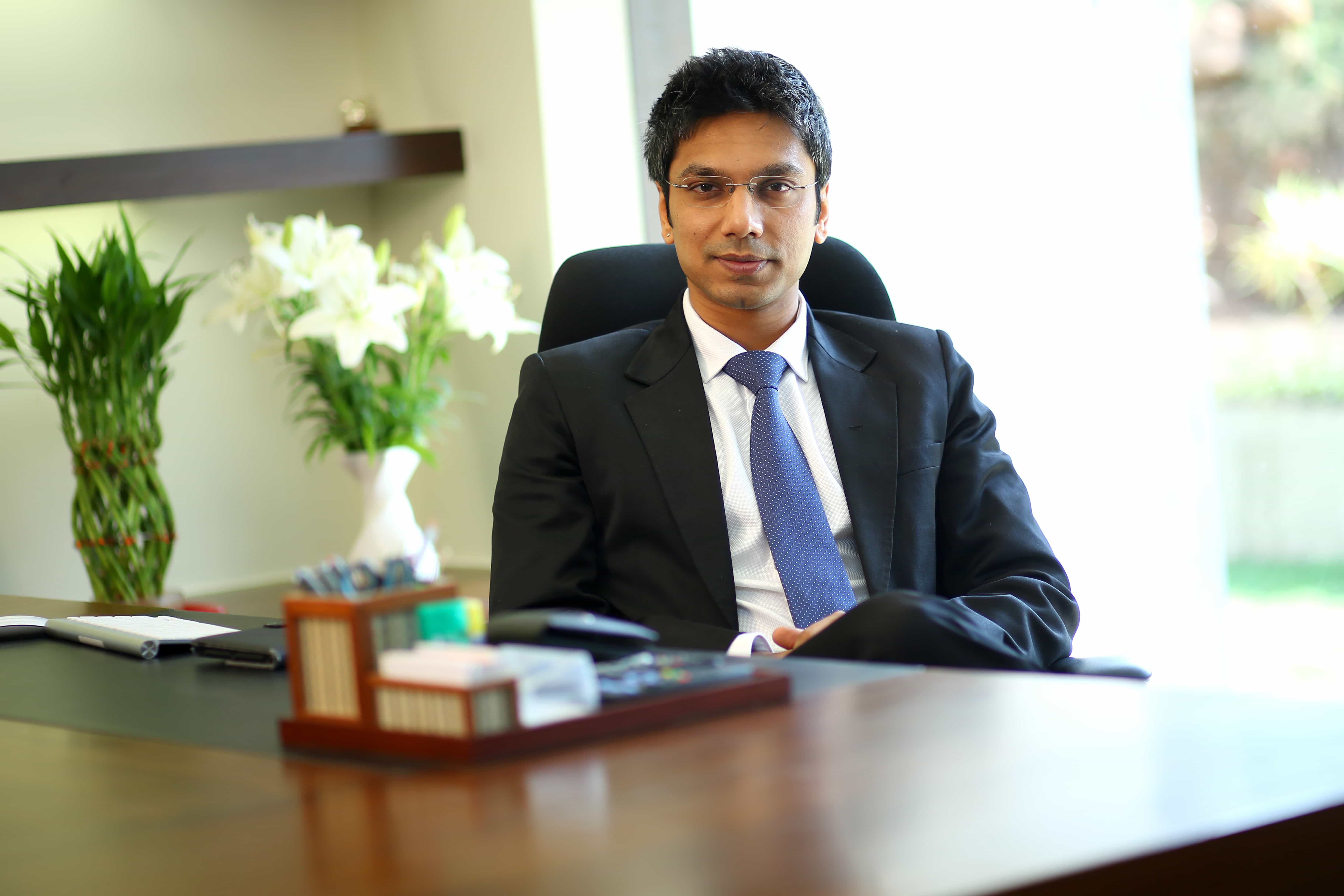 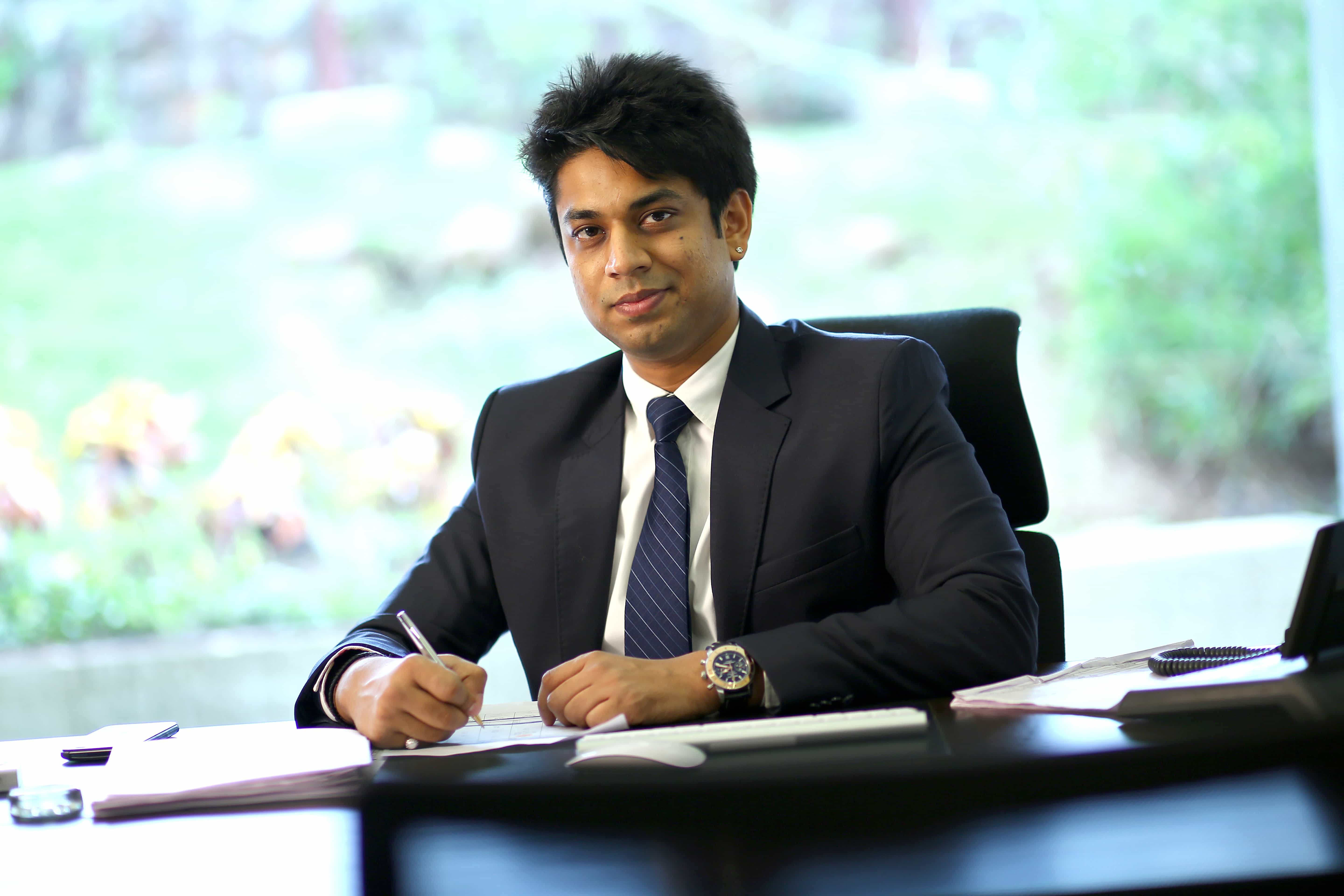 Seema Suryavanshi holds a BA (Hons.) from Ranchi Women's College and has over 17 years of experience in the field of construction. She has been a director of DBL since incorporation. She actively participates in finance, investment and various company affairs as a coordinator between the execution and administrative wings.

Bharat Singh joined Dilip Builders in 1988, prior to which he had a sole proprietorship concern. He has 32 years of work experience in the field of construction. At DBL he is responsible for administration and management of finance and accounts.

Rohan Suryavanshi joined DBL in 2007. He holds a BA (Hons) in Commerce from the University of Pune and an MBA (Finance and Management) from The Wharton School, University of Pennsylvania. At DBL he is responsible for business strategy, financial planning, business process streamlining, and investor management.

Karan Suryavanshi joined DBL in 2010. He holds a bachelor’s degree in business administration from Symbiosis Centre for Management Studies. At DBL, he is responsible for planning, liaising with the government, sales, marketing, business development, and management functions. 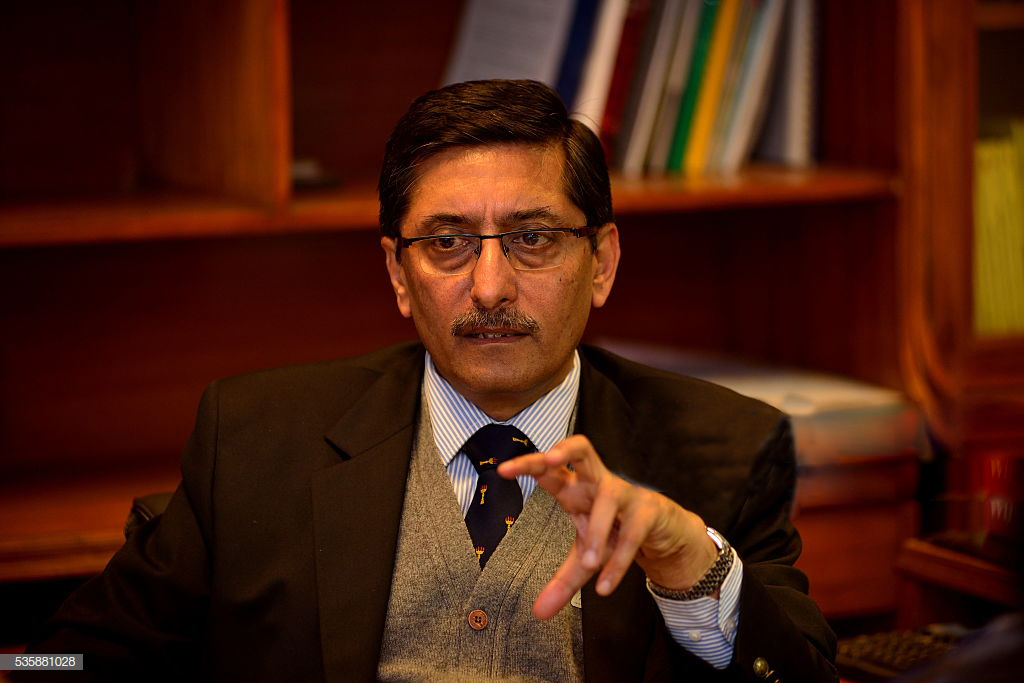 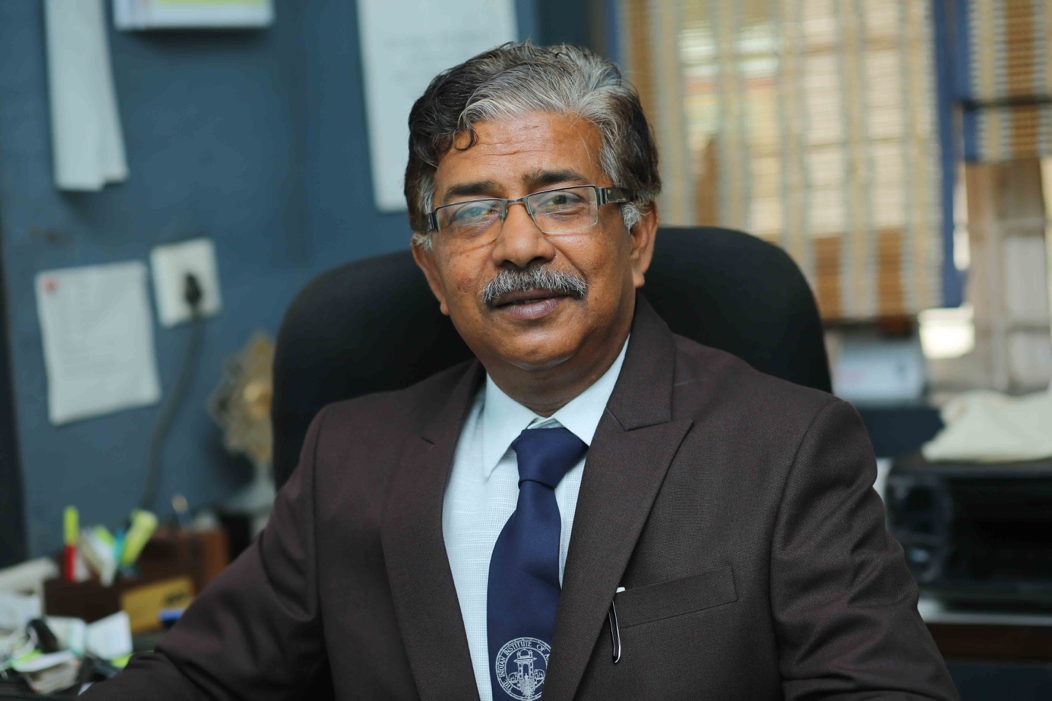 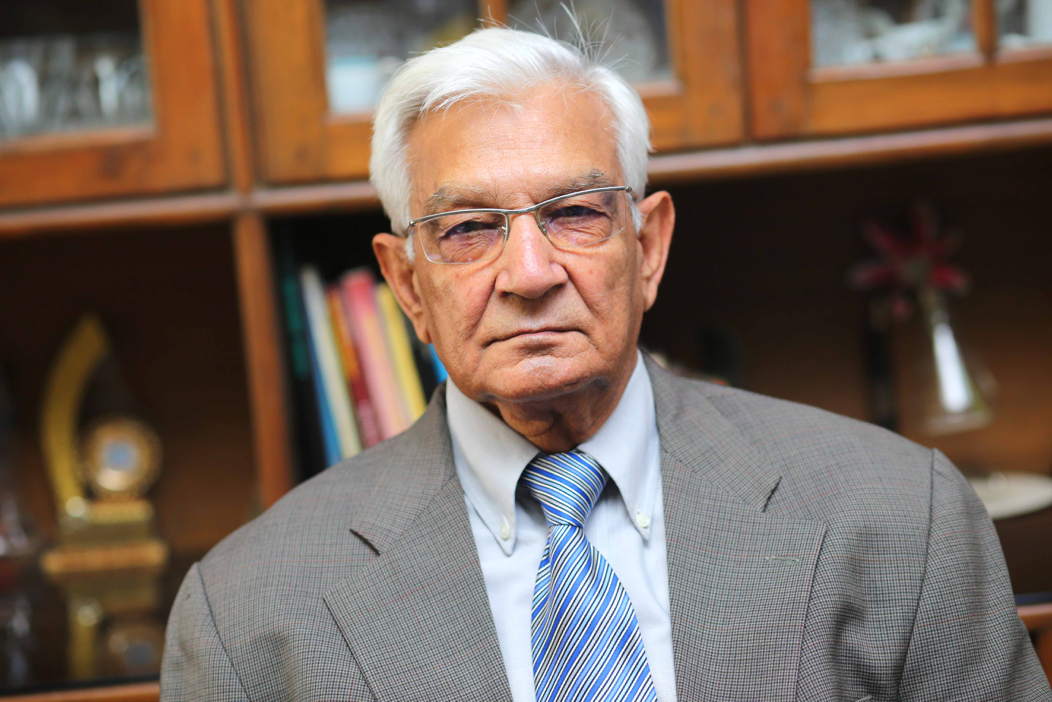 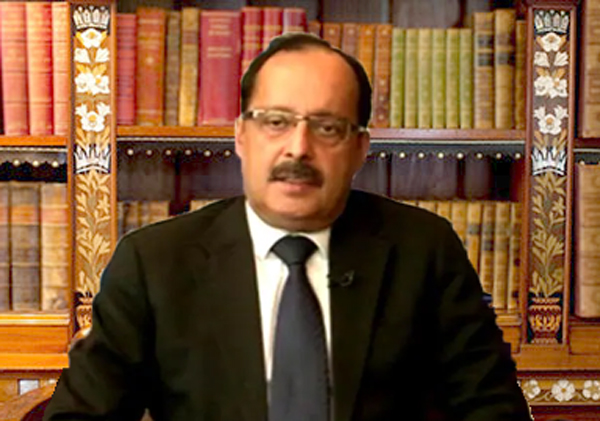 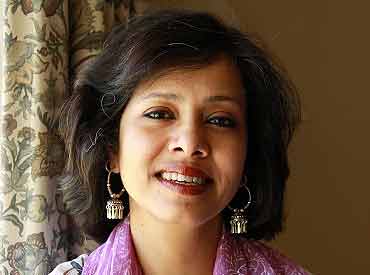 Associated with DBL since 2017, Vijay Chhibber is a former IAS oﬃcer of the 1978 batch of Manipur-Tripura Cadre and has worked on several key assignments in the Govt. of India. He is a retired Civil Servant with over 37 years of Public Service in the Indian Administrative Services and has served as Secretary of Ministry of Road Transport and Highways with additional charge of Chairman, National Highways Authority of India and was instrumental in many path breaking initiatives of the Ministry. He has a MA in History from St. Stephens College, Delhi University (1977) and is an alumni of the National Defense College.

Amogh Kumar Gupta has over 31 years of experience in the field of architecture and interior designing. He is a partner of Amogh Kumar Gupta and Associates. He has previously worked with the Environmental Planning & Coordination Organization Bhopal and the Town Planning Cell of Narmada Valley Development Authority. Recently he has been appointed as Chairperson of the Board of Governors of School of Planning & Architecture. He has a Master's degree in Public Health Engineering from Maulana Azad College of Technology, Bhopal.

Associated with DBL since 2014, he has over 26 years of experience in architectural and site engineering services. He is a partner of AV & Associates. He has previously worked in various capacities in Gawali & Associates, Architects and Engineers, Waseem & Associates, Pradeep K. Saxena & Associates and Harekrishna Colonisers Pvt. Ltd. He has a Diploma in Civil Engineering from the Madhya Pradesh Board of Technical Education.

Malay Mukherjee has over  36 years of experience in banking . He has worked on various key assignments like Chairman of the Board of  IFCI Factors Ltd, IFCI Infrastructure Development Ltd, Tourism Finance Corporation of India Ltd, IFCI Financial Services Limited & Executive Director in Central Bank of India and  a member of the Governing Body of Entrepreneurship Development Institute of India (EDIIJ), Ahmedabad.

Ms. Ratna Dharashree Vishwanathan is a committed and value driven development professional, who comes with an extensive experience of about 31 years across a wide range of diversified sectors such as strategy building, microfinance, project management, change management, Human Resource and Financial management. Belonging to the 1987 batch of the Indian Audit and Accounts Service (IA & AS), Ms. Ratna Vishwanathan has served various departments of the Government of India including Audit, Defense and Prasar Bharti during 1987-2008. She has been on the Board of Mudra Bank during 2015-18, and is Member of the RBI’s Financial Inclusion Advisory Committee and has been the Chairperson of the South Asian Microfinance Network. She has been the CEO of MFIN (Micro Finance Institutions Network) from Jan-2014 to Jan-2018. She has built a strong Self Regulating Organisation in line with the sector supervision mandate of the RBI and has brought in a strong sense of credibility for the sector.  She was the CEO of the Sustainable India Finance Facility which is an entity set up in partnership between the United Nations Environment Programme and BNP Paribas to bring in private sector investment and capacity building into sectors such as sustainable agriculture, water conservation, renewables and forest protection. She has also served at very senior levels in well-known international NGOs such as Oxfam India and VSO India during 2008-2013. She holds Master’s Degree in English Literature from Lucknow University, and has Diploma in Environment and Third World Development from London School of Economics. 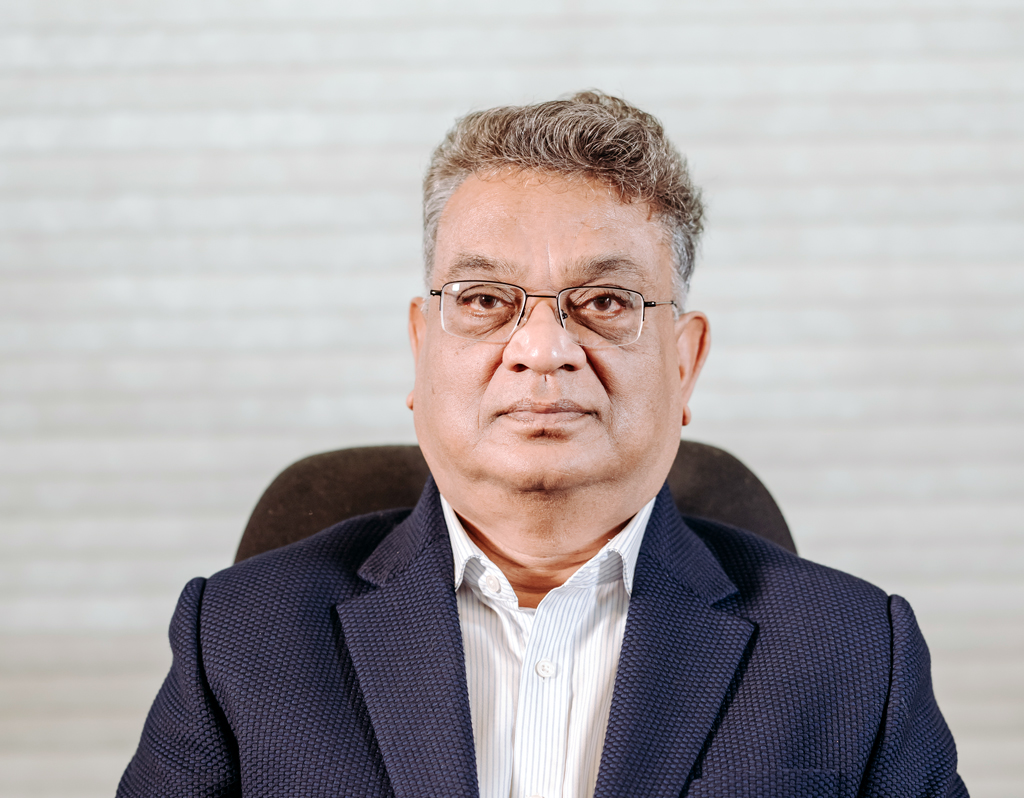 "Dilip Buildcon is built on trust and relationships. I believe we have succeeded today because of the goodwill of everyone we encountered on our journey. From our humble beginnings, we have built something that is setting new benchmarks for the EPC sector in India. Our growth is fueled by a single minded devotion to hard work, quality and transparency." 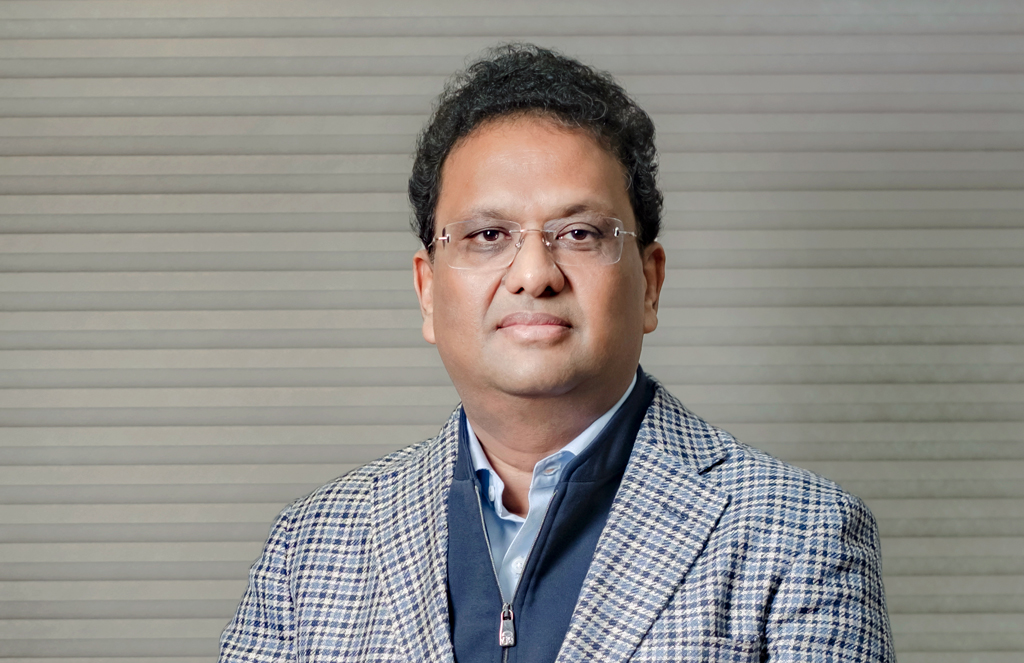 "We have built a reputation for delivering quality projects before schedule. We have partnered with the best global players and have built our capacity through backward integration. Our strength is derived from 12,746+ fleet & equipment and a 34,262 strong team. Our commitment is demonstrated through the stringent quality checks, contribution to communities and employee welfare." 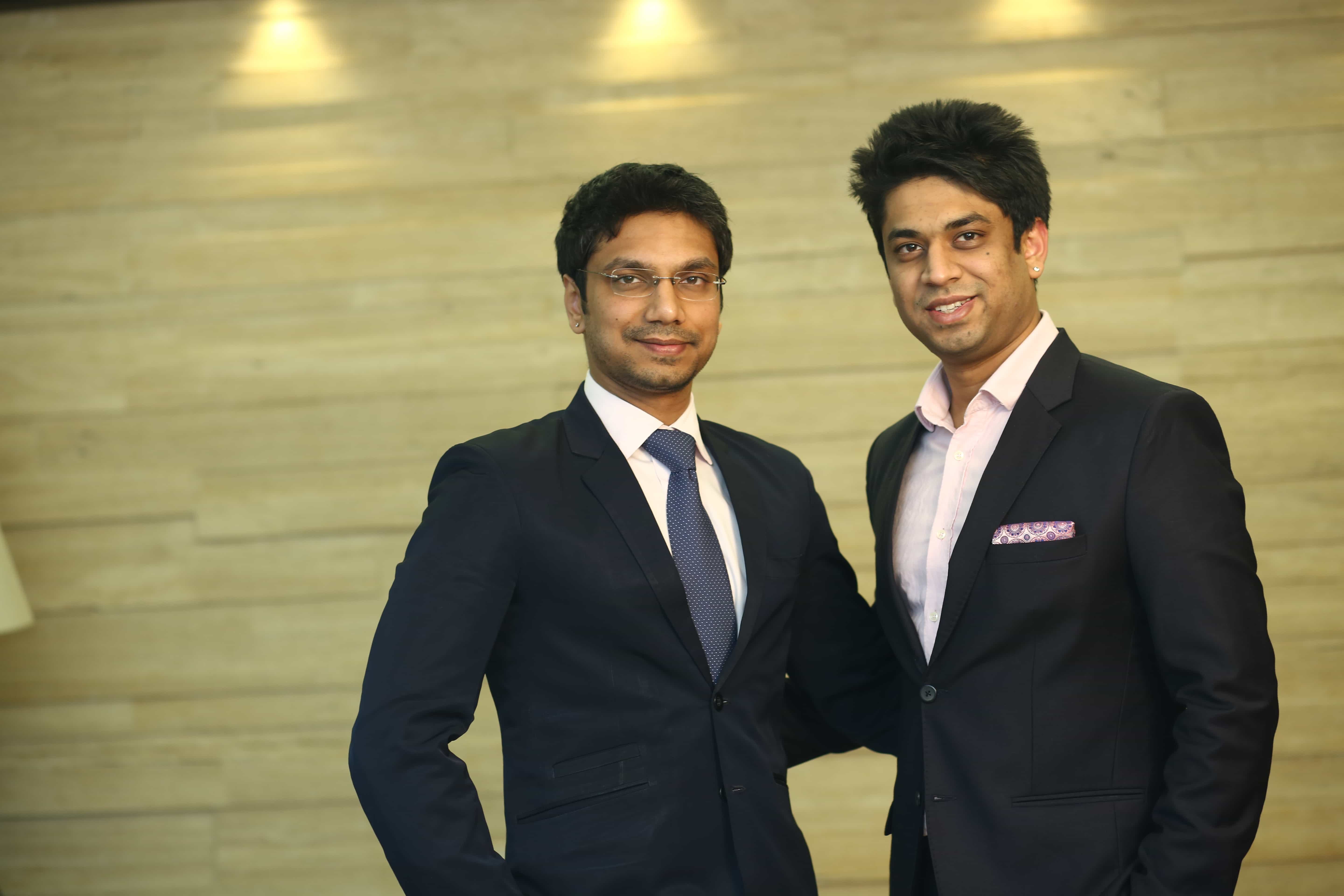 "DBL is more than just a company; it is the embodiment of the dreams and hopes of all our employees. Our growth plan for DBL includes charting paths into aligned but unexplored sectors. We are excited to bring the new wave of innovation and efficiencies to the business."

BOARD OF DIRECTORS DETAILS