Dilip Buildcon has received the Silver Award at the National Highway Award for Excellence 2018 by the Ministry of Road Transport and Highways, Government of India. This award is a testimony of company's hard work and outstanding performance towards Excellence in Construction Management. 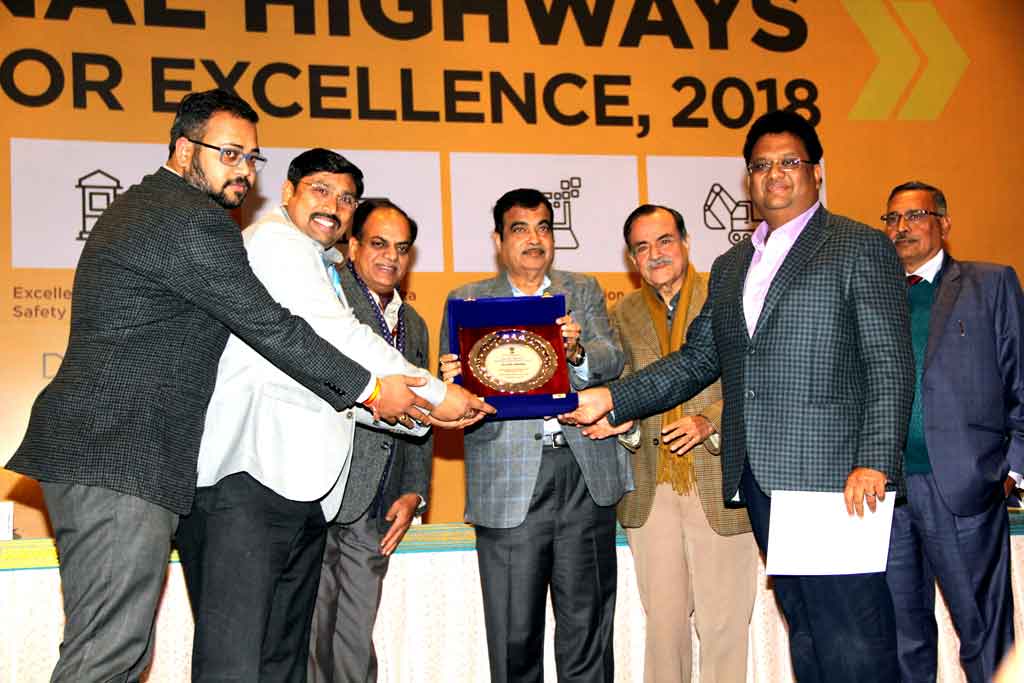 Dilip Buildcon Ltd has received the 'Silver Award at the National Highway Award for Excellence, 2018 'by the Ministry of Road Transport and Highways, Government of India.' The said award was received by Mr. Devendra Jain, CEO & Executive Director of the Company for the outstanding performance towards Excellence in Construction Management (PPP).

This award is a testimony of company's hard work and outstanding performance towards Excellence in Construction Management (PPP). The com pany is pleased to have risen through the ranks in such a short time. Every year our company Brows stronger and every year we continue to consolidate on our success.

A fair dose of populism ahead; choose right sectors, or wait for corrections

The domestic market had a surprise Santa Claus rally, albeit with lower volumes, which helped it bounce back from a massive fall of 500 points in Nifty in the previous week. The week gone by was full of pessimism, where markets all over the world stumbled.

Companies like KNR Construction, Dilip Buildcon, PNC Infratech and NBCC are likely to give good returns in the run up to elections.

The project is for rehabilitation and Up-gradation to Six Laning of Chandikhole-Bhadrak Section of NH-5 (New NH-16) from km 62.000 to km 136.500 in the State of Odisha to be executed as Hybrid Annuity Project under NHDP Phase V. 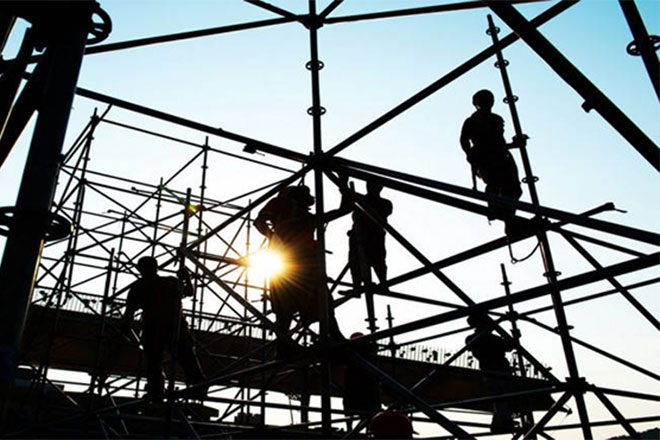 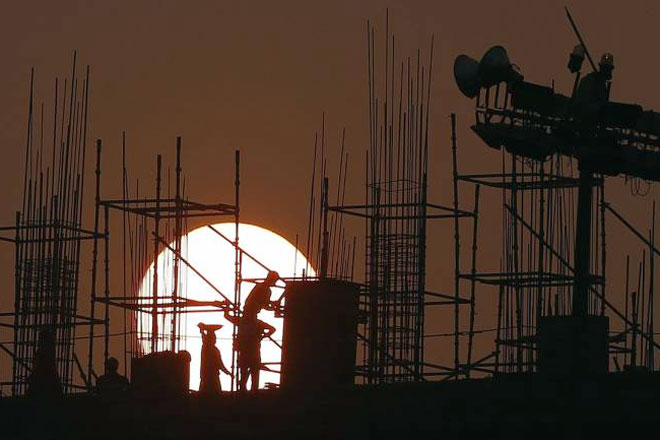 The project includes six laning of Gorhar to Khairatunda section of NH-2 in the state of Jharkhand under NHDP Phase-V on hybrid annuity mode. 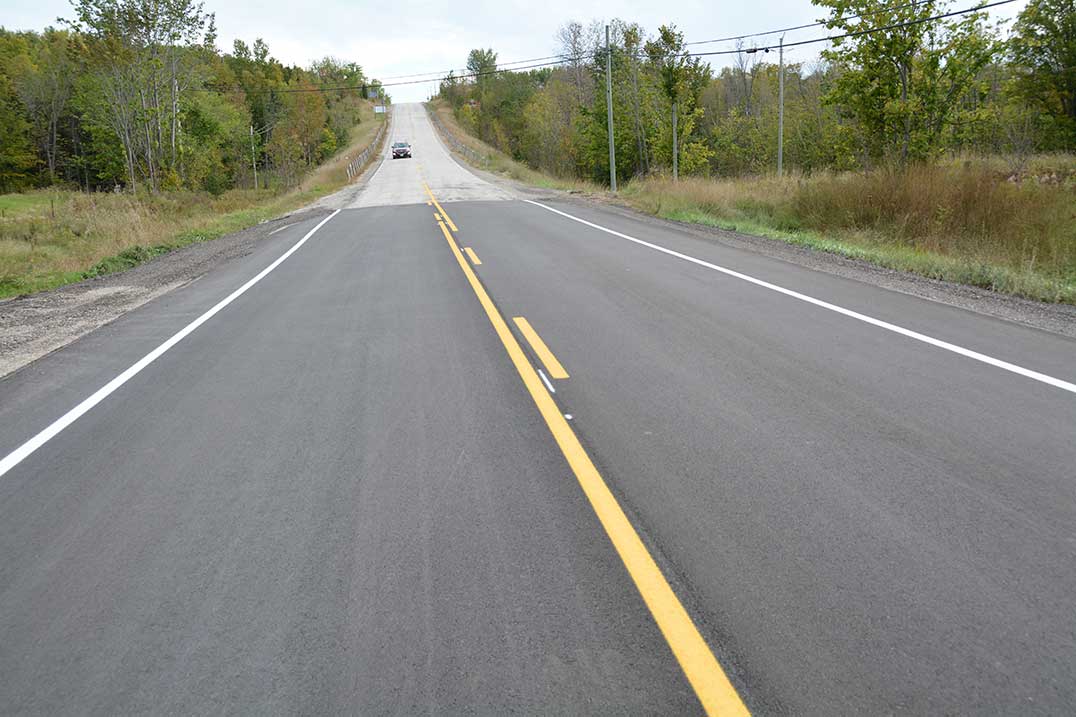 Highways builder Dilip Buildcon today said that its six wholly owned arms have executed contracts with the National Highways Authority of India for road projects aggregating to Rs 6,055 crore.  The highway projects will be executed in Karnataka, Telangana, Madhya Pradesh and Maharashtra under hybrid annuity mode. Six "wholly owned subsidiaries of Dilip Buildcon Limited has executed the concession agreement with the National Highways Authority of India (Ministry of Road Transport . 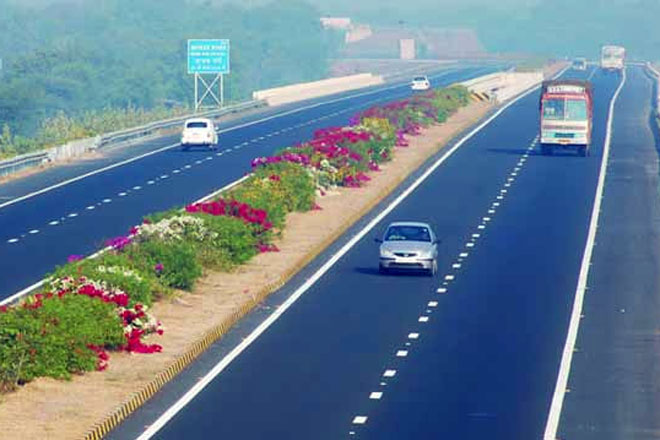 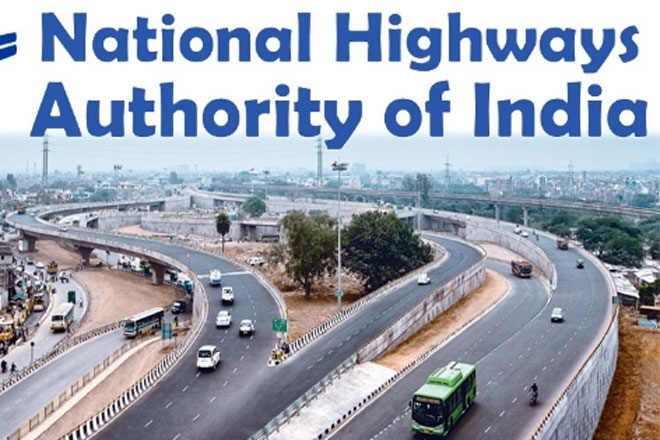 Dilip Buildcon will use the five SPVs to undertake the new hybrid annuity mode(HAM) projects.

“The company has incorporated five new SPVs to undertake the new HAM (Hybrid Annuity Mode) projects”, the company said in a filing to BSE.

Dilip Buildcon is an outlier in road sector, topline growth at 50%: Rohan Suryavanshi 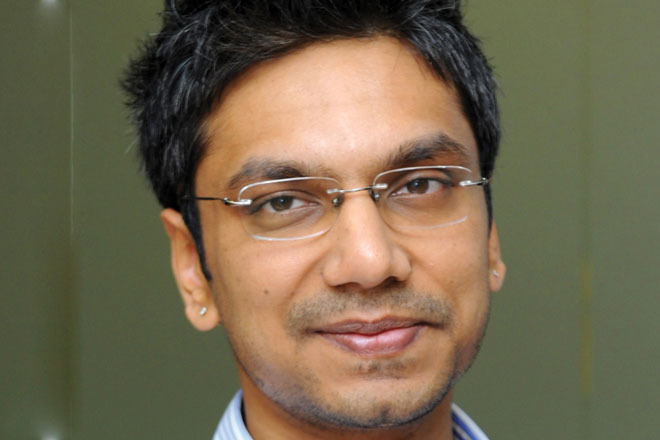 We are targeting about 17-18% and that is what we have worked with in the last few years, says Rohan Suryavanshi, Director - Strategy & Planning, Dilip Buildcon, talking to ET Now. Edited excerpts: Are things looking great for the road industry? Absolutely. The road industry has not had this good ever. This year, we have seen record order inflows -- even higher than last year! So, we are at a very good space. 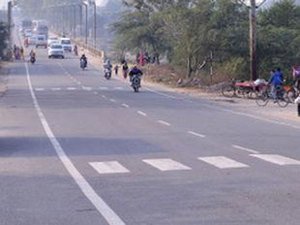 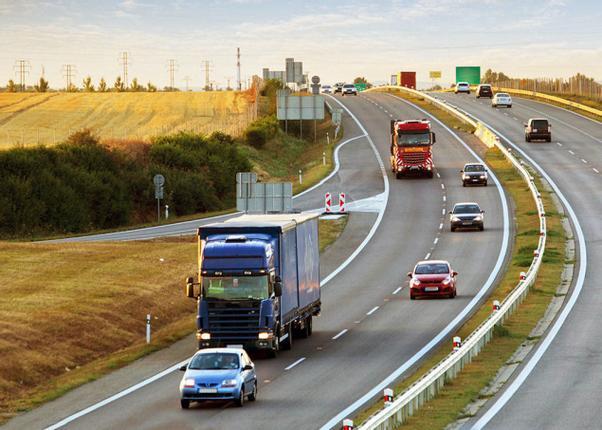 Dilip Buildcon Ltd has been declared as the lowest-1 (L-1) bidder for the project of four-laning, rehabilitation and upgradation of NH-4 from Nalagampalli to AP and Karnataka border. under NHDP-IV in Andhra Pradesh in EPC mode,” the company said in a BSE filing. 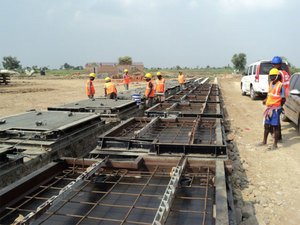 The company has received letter of award from the Ministry of Road Transport and Highways (MORTH)... for two EPC road projects in Maharashtra," the company said in a BSE filing.

The company has successfully completed the project of rehabilitation and upgradation of Mandla—Pindrai and Salimnabad—Vilayatkalan major district road intermediate laning/two—laning with paved/hard shoulder in the state of Madhya Pradesh on engineering procurement and construction (EPC) mode,” Dilip Buildcon said in a BSE filing.

Dilip Buildcon has received the provisional completion certificate as declaration of commercial operation date (COD), prior to the scheduled completion date for the two projects (development of Patan-Tendukheda-Rehli Road section of the state highway no 15 in Madhya Pradesh and upgradation of Jabalpur-Mandla-Chipli section NH-12A in Madhya Pradesh), respectively.

Highway construction company Dilip Buildcon on Monday informed the bourses that it has received two Engineering, Procurement and Construction (EPC) road projects in the state of Maharashtra valued at Rs 580.5 crore. 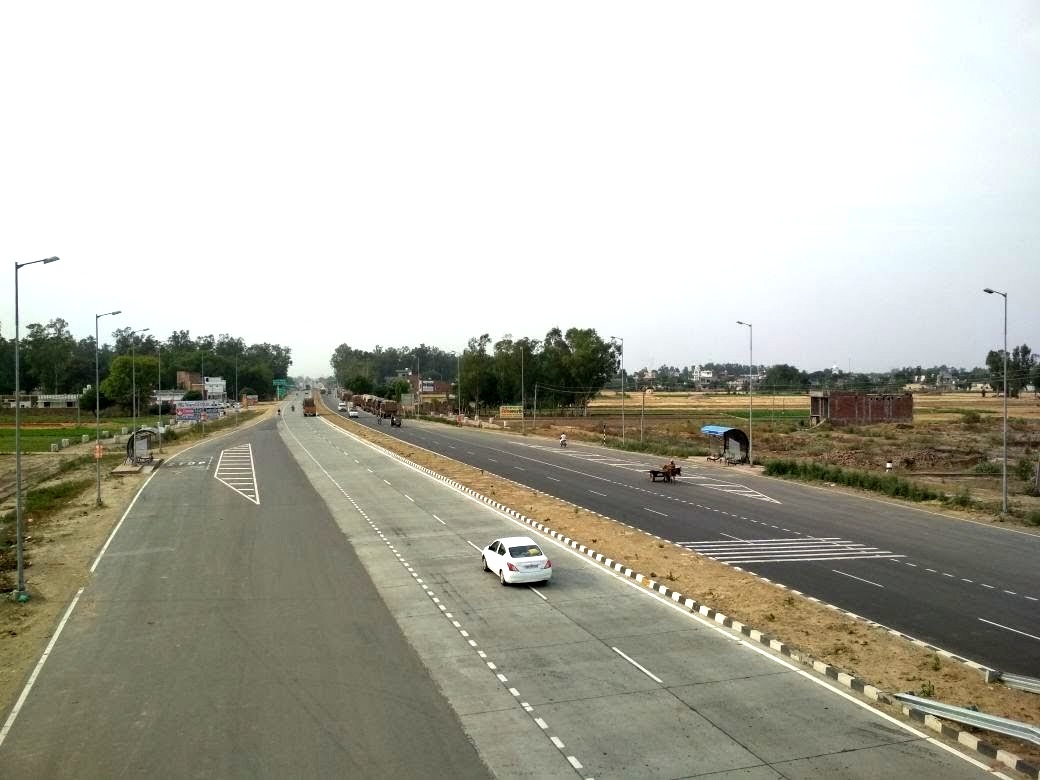 In April 2015, the State of Punjab awarded DBL a contract for work on a 45.9 km stretch on National Highway No.15 that connects the bustling city of Amritsar with the hub of Harike, through Tarn Taran. DBL will undertake development, maintenance and management of this stretch. Additionally, DBL will work to widen and strengthen the existing road by creating a four-lane highway. 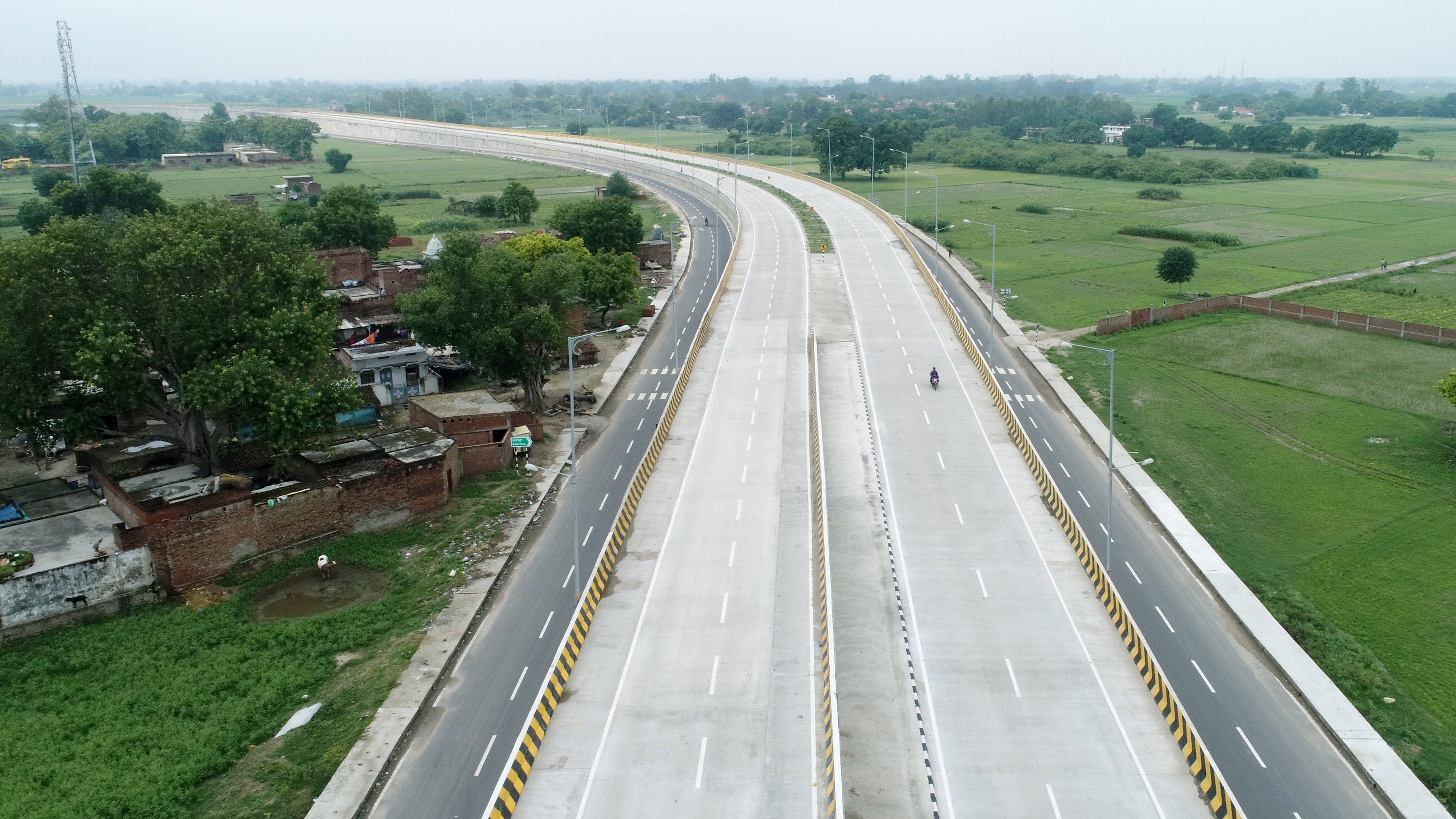 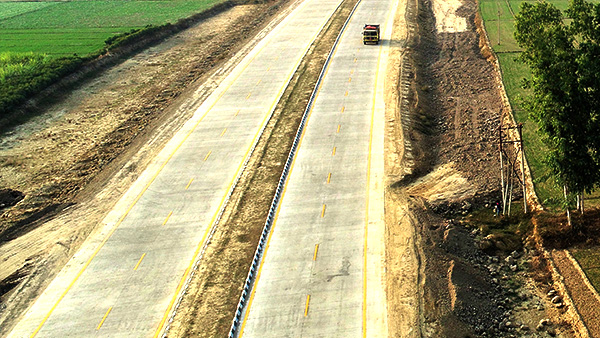 NHAI entrusted the four-laning of Ghaghra Bridge - Varanasi section of NH 233 to DBL in September 2015. Starting at KM 121.800, uptil KM 180.420, the road starts from Ghaghra Bridge Abutment on Basti Side to Bhudanpur Urban Section in Uttar Pradesh. 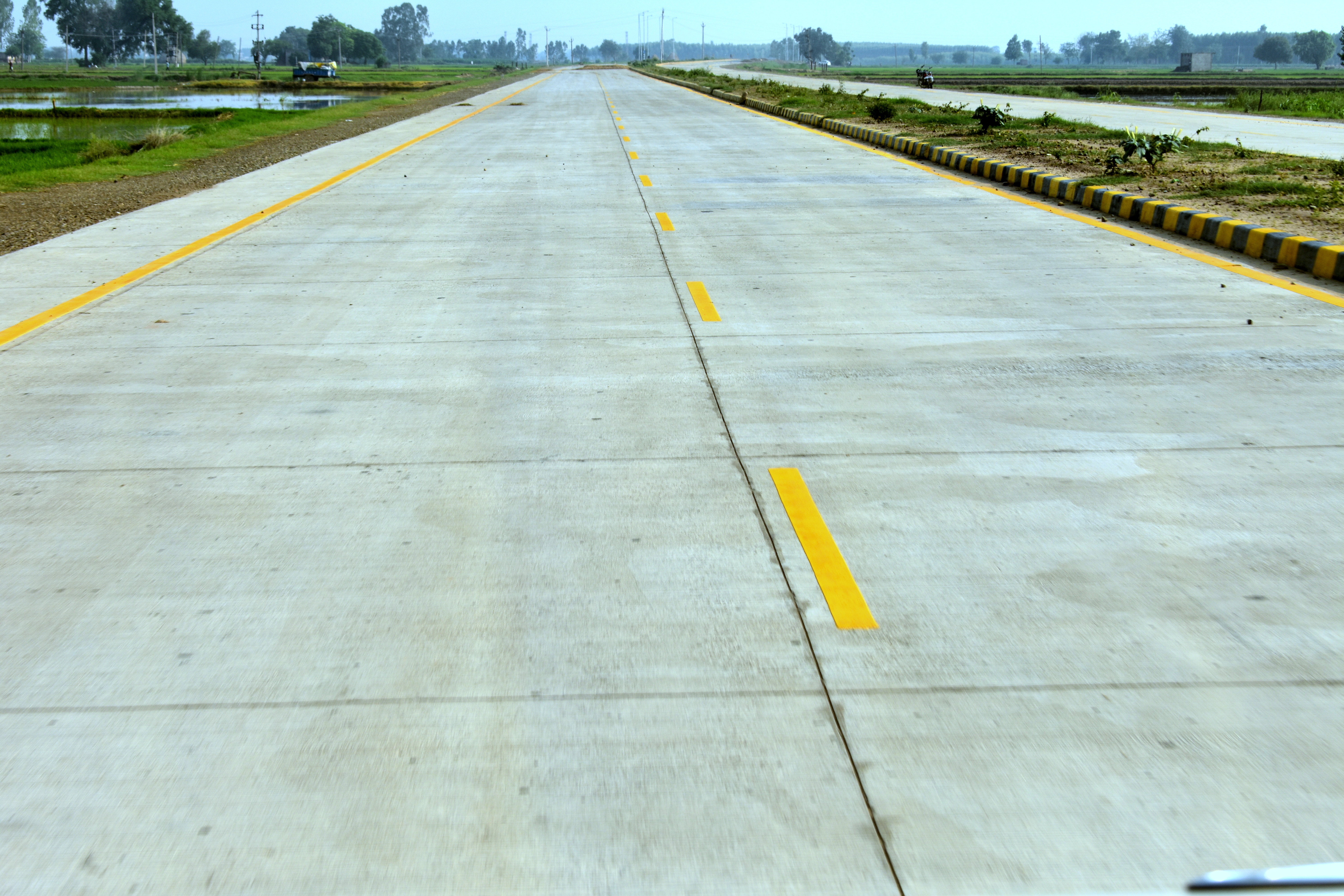 With the aim of enhancing traffic capacity and safety on a 50.86 km-stretch of NH65, NHAI awarded DBL an EPC project in 2015. The mandate is to expand the existing two-lane carriageway to a four-lane carriageway with paved shoulders. The project value is INR 486 cr and is scheduled to be completed in 2018.

The corridor passes through the agriculture-oriented districts of Kurukshetra and Kaithal. The project road, which traverses through many small towns and villages, will provide better connectivity in the area.

Connecting the buzzing city of Vijaywada to the ancient port town of Machilipatnam, a 64.61 km stretch of NH 65 is being upgraded to a four-lane highway. Awarded by NHAI in 2016, the project is being undertaken in the EPC mode. The project value is INR 740 cr and is scheduled to be completed in 2018.

The Central Cabinet Committee on Infrastructure had approved four-lane works of Vijayawada-Machilipatnam in October 2011. The new road will enable faster movement of agricultural goods, ensuring farmers get paddy, cotton, tobacco, chillies, and sugarcane to the main marketing facility. 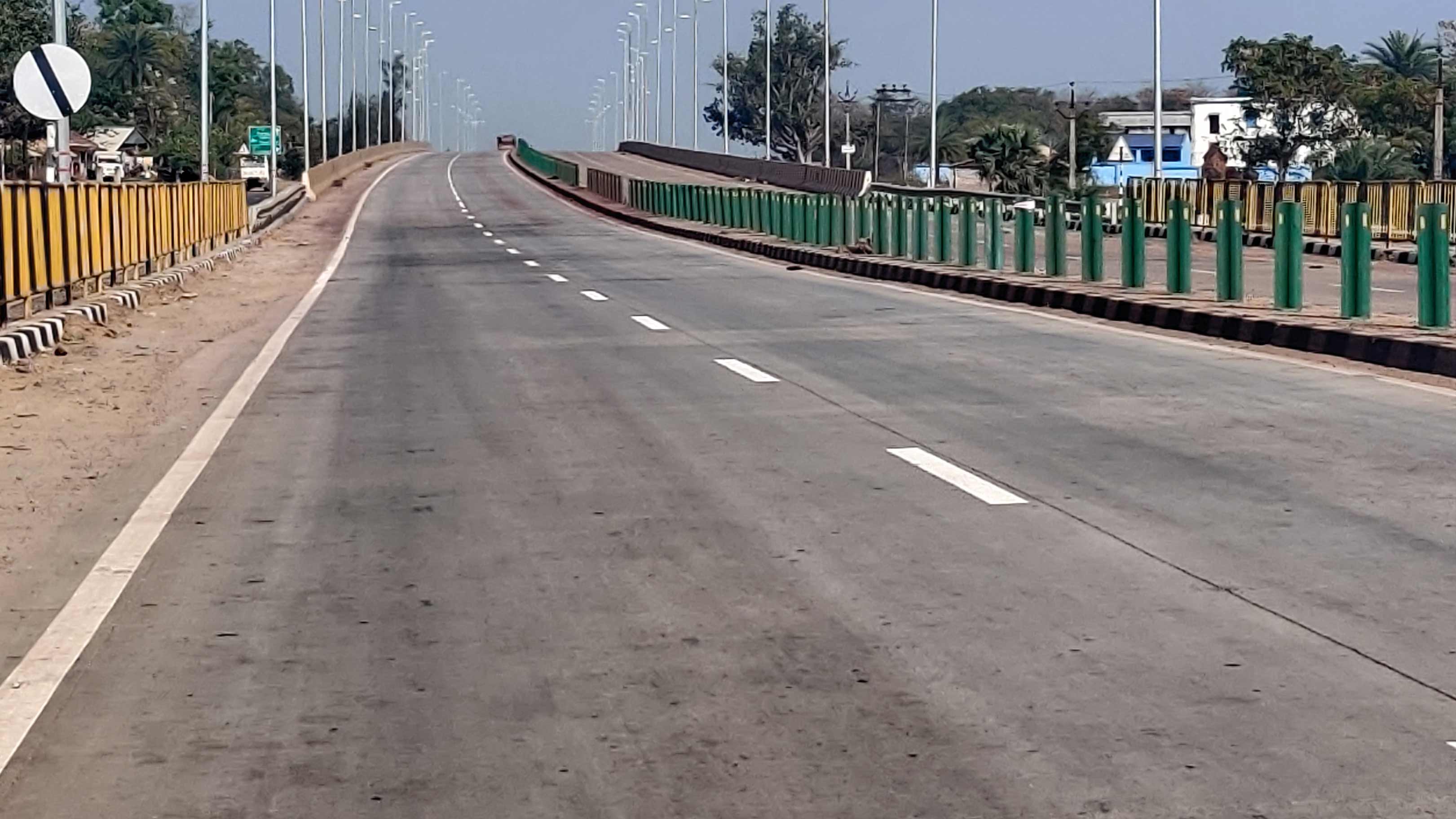 Rehabilitation of the 55.52 km four-lane road between Chichra - Kharagpur was entrusted by NHAI to DBL in October, 2016. DBL is currently ensuring four-laning with paved shoulders of this bustling NH6 section between KM 185.150 and KM 134.400. The completion period for this project is 30 months.

The road connects the sleepy and beautiful village of Chichra in Paschim Medinipur district to the bustling city of Kharagpur in West Bengal. 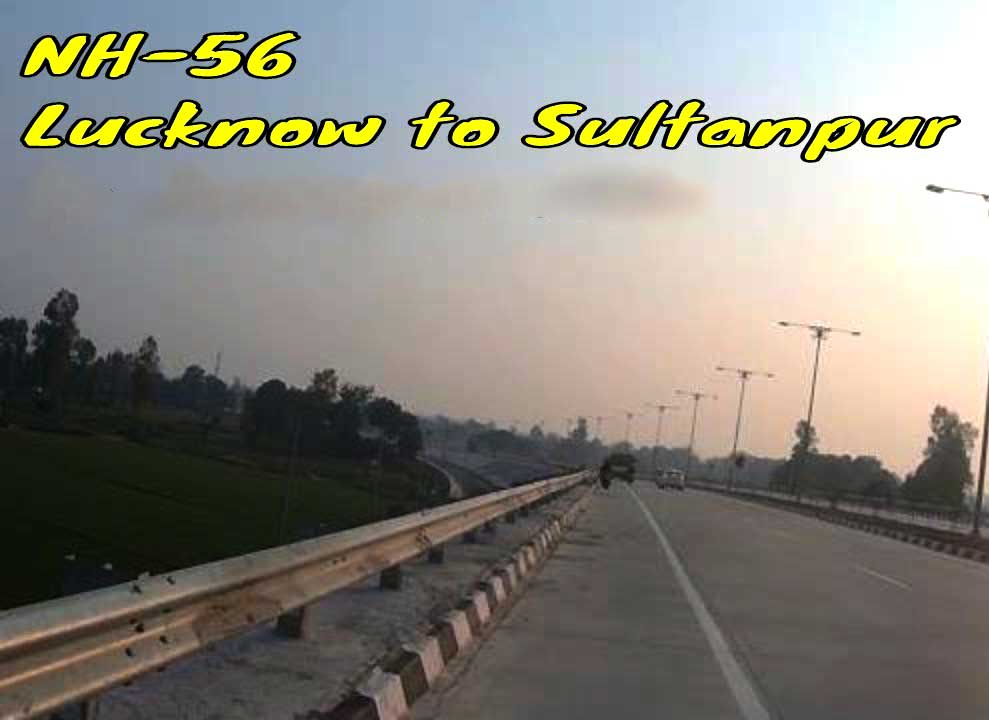 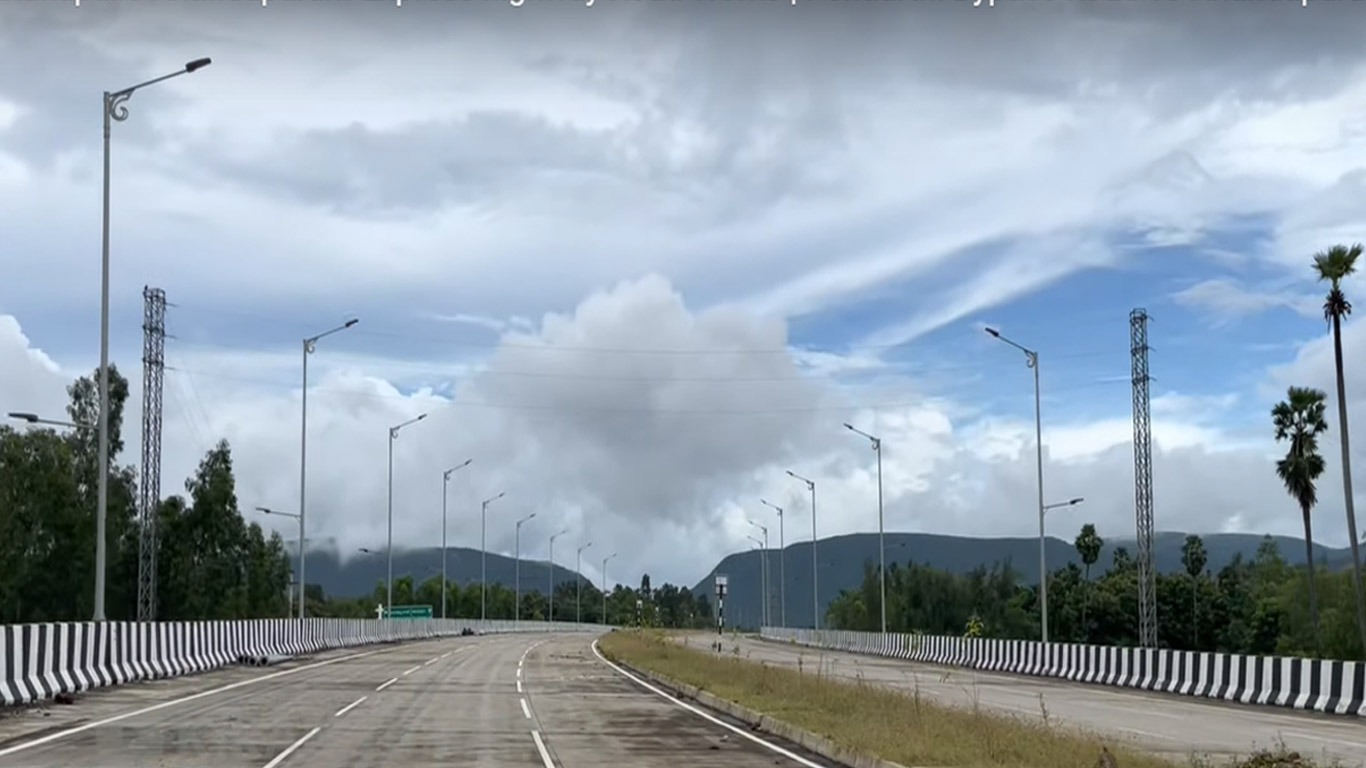 DBL undertakes the Six-laning of highway work in Anandapuram–Pendurthi-Anakapalli section of NH-5 from Km.681 to Km.731 in the State of Andhra Pradesh under “Bharatmala Pariyojana on Hybrid Annuity Mode. The bid cost of the NHAI project is Rs 1,959 crore and it will be executed in the hybrid annuity mode by Dilip Buildcon. the project will be 30 months and a total 50.8 kms will be covered. 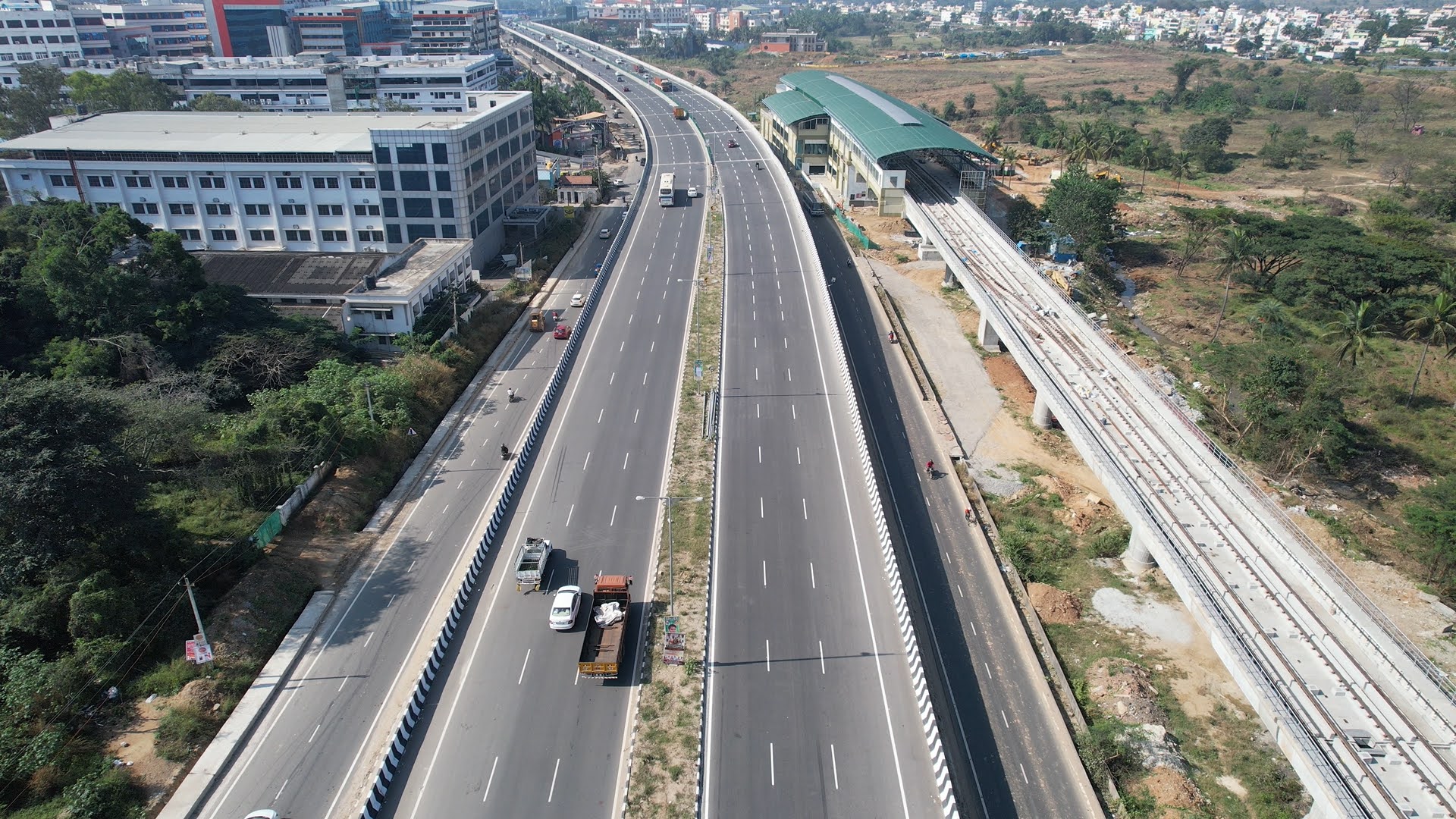 National Highways Authority of India (NHAI) has awarded the six-laning of the Bengaluru-Mysuru expressway project to Dilip Buildcon.

The project road, which forms a section of NH 275, connects the IT capital with Karnataka’s cultural capital of Mysuru. The proposed expressway would also connect Bengaluru with places like Mangaluru, Kodagu, parts of Tamil Nadu and Kerala. 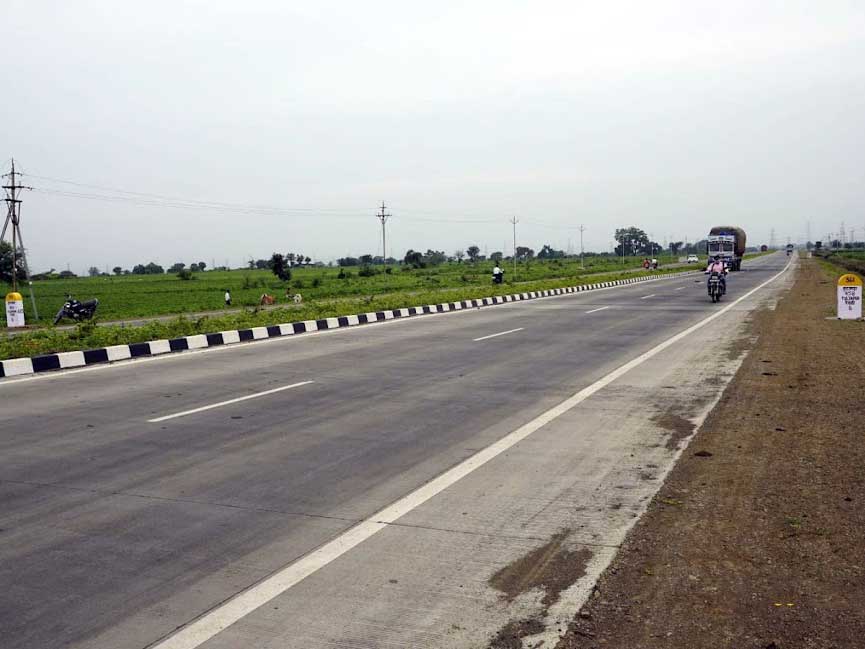 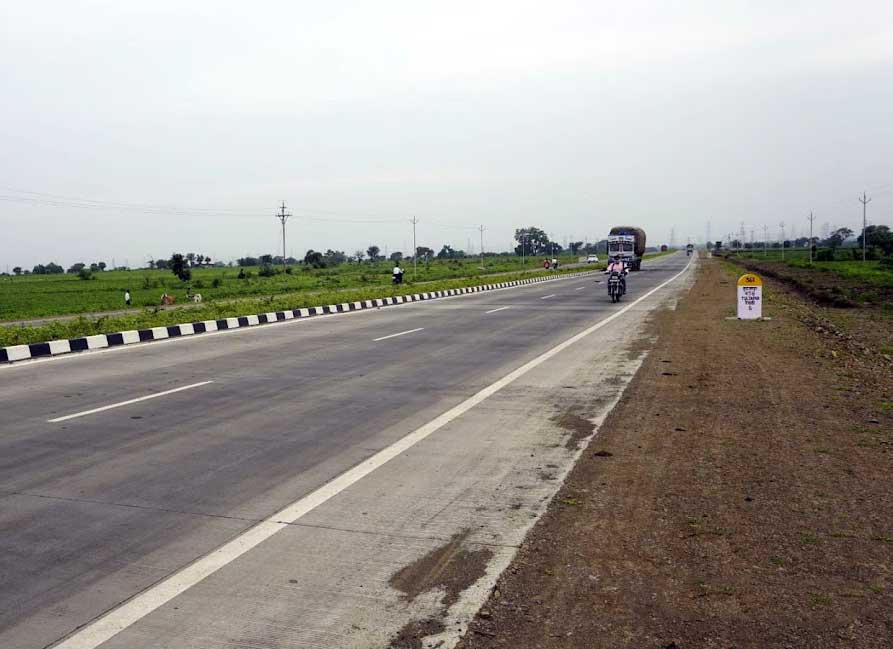 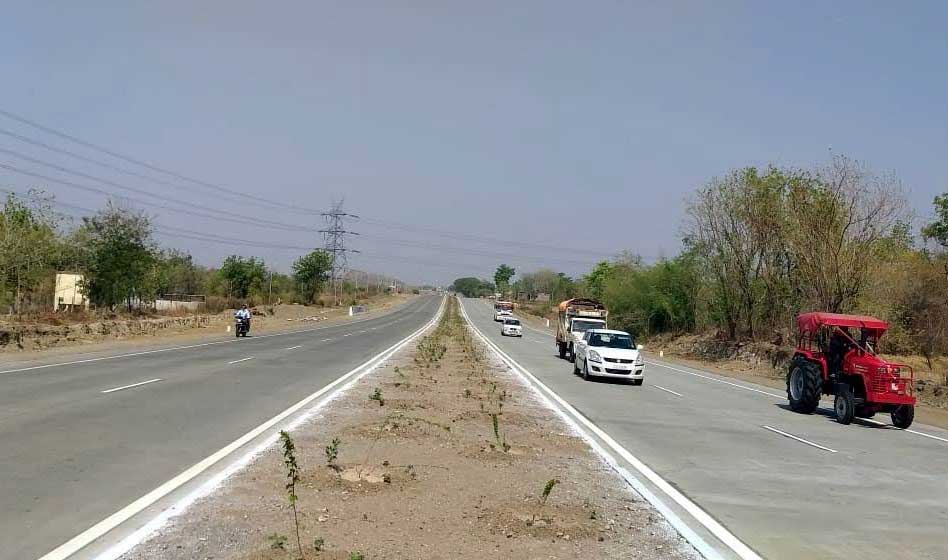 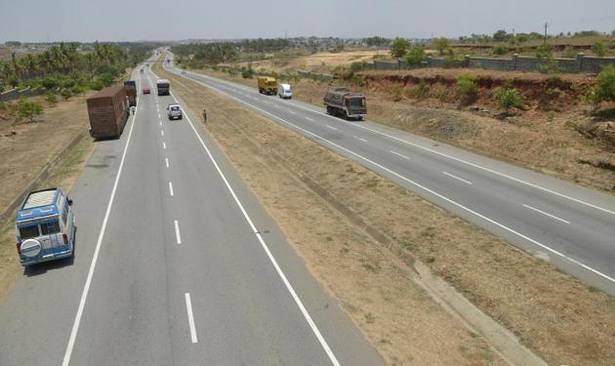 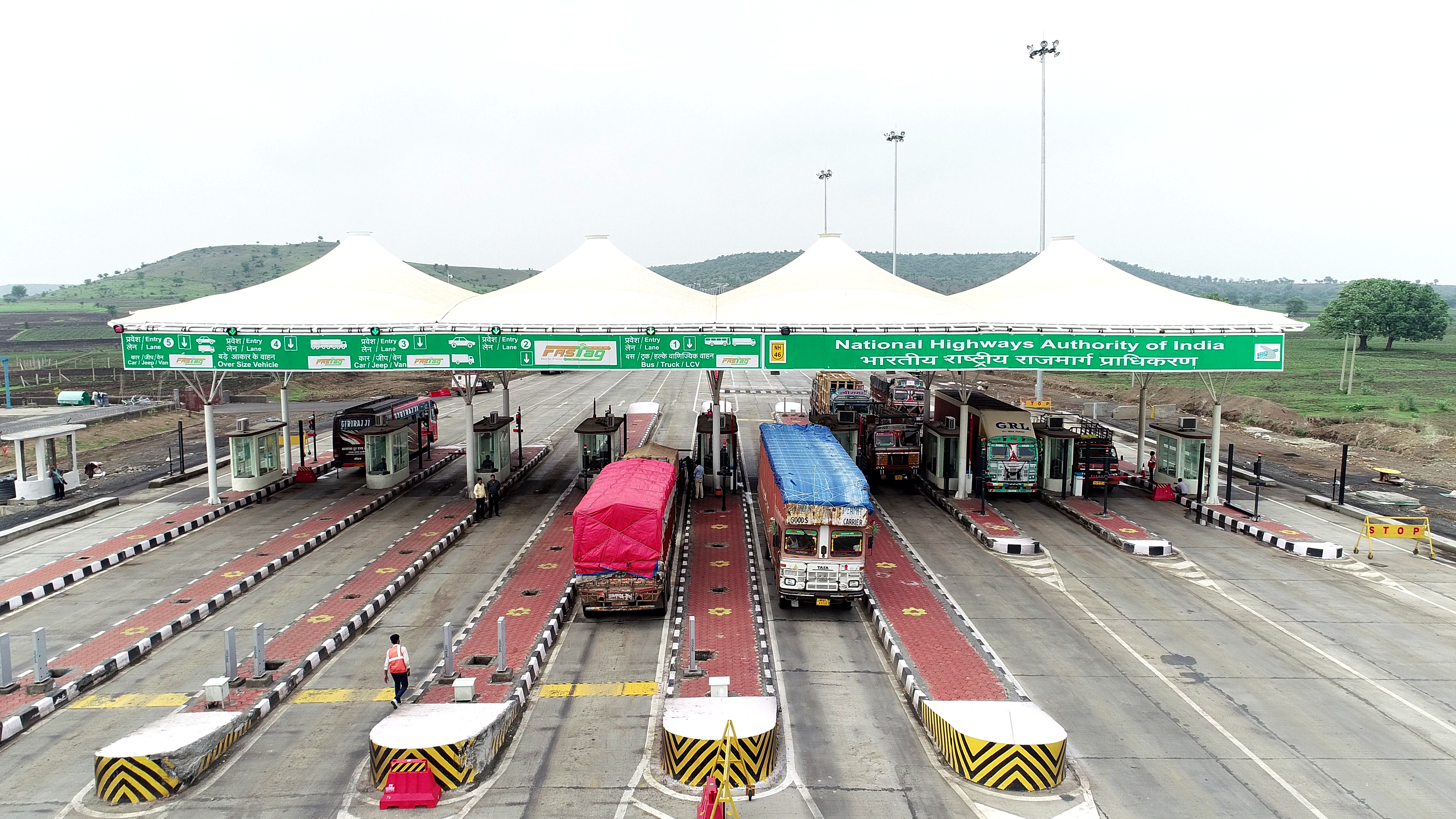